The Tokyo International Music Competition has been held since 1967, and as part of it, the Conducting Competition is held every three years.

Last year’s Conducting Competition was the 19th, and it received 331 applicants from 49 countries around the world. Of those who participated in the first preliminary round, seven went on to the second preliminary round on September 29 and 30, 2021. Of these, four contestants were then selected to participate in the final round on October 3, 2021.

Following the final round, José SOARES became the first contestant from Brazil to win the competition, with Samy RACHID from France taking second place, and Bertie BAIGENT from the UK coming in third. Satoshi YONEDA was the fourth contestant selected for the final round.

The top three prizewinners were scheduled to perform at the debut concert for prizewinners, the “Conducting Competition x NHK Symphony Orchestra,” held on July 5, 2022.

Unfortunately, BAIGENT, who had won the third prize, was unable enter Japan due to COVID-19-related entry restrictions and had to be replaced at the last minute by YONEDA, the fourth contestant in the final round. The concert was held at the Tokyo Opera City Concert Hall, the same venue as that of the competition’s final round, and opened to a packed hall.


The program began with a piece conducted by Satoshi YONEDA. Born in 1996, YONEDA graduated from the Department of Conducting, Tokyo University of the Arts. He studied conducting under Ken Takaseki, Orie Suzuki, and Hiroyuki Odano, and has also attended a master class by Paavo Järvi and a conducting course by Kazuki Yamada. 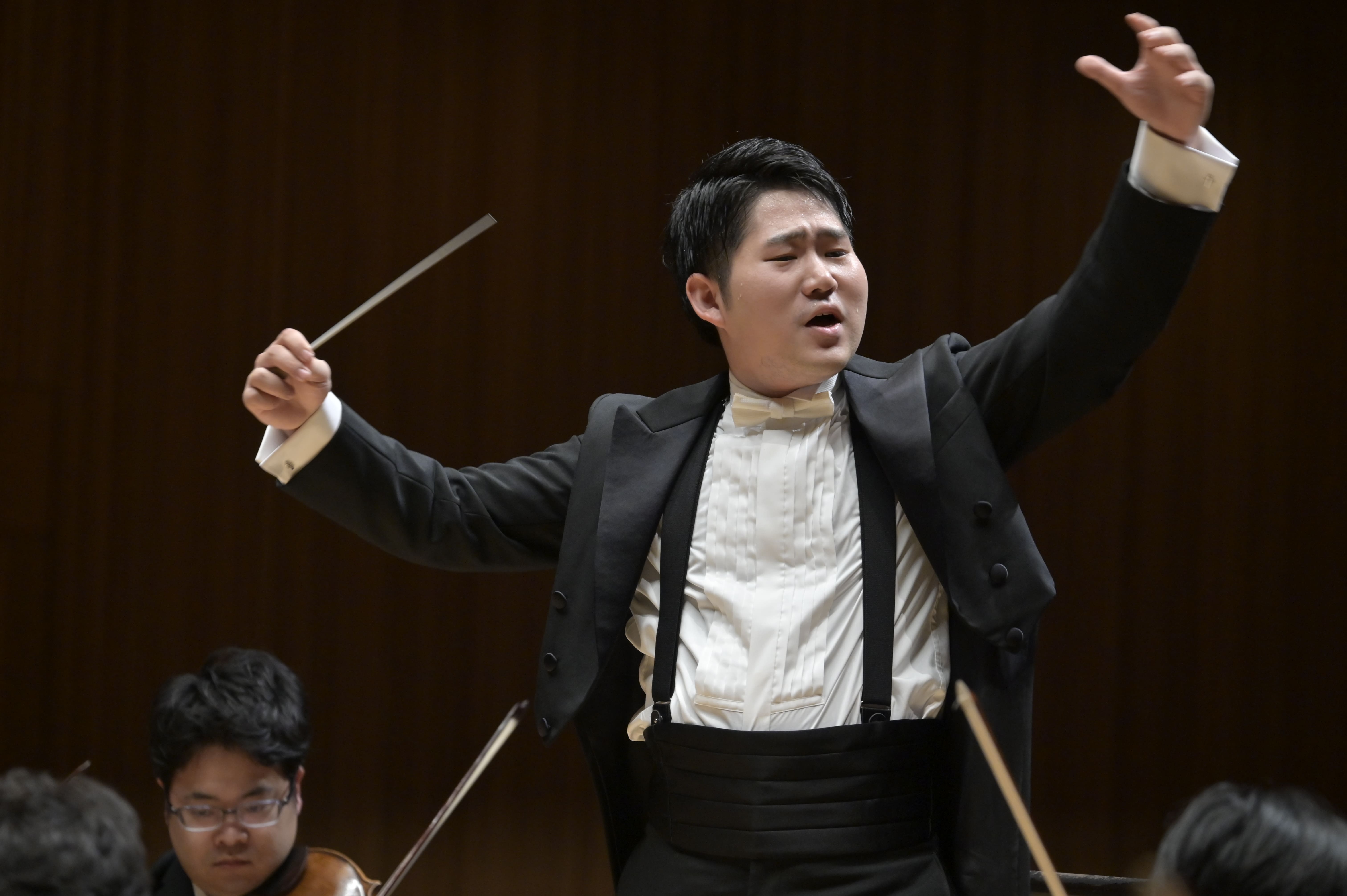 On this day, YONEDA conducted Pyotr Ilyich Tchaikovsky's Romeo and Juliet Fantasy Overture, the same piece he had conducted for the final round of the competition. YONEDA’s assertive interpretation of the piece and its resultant vigorous performance in the competition had left a strong impression. At the debut concert again, his ability to infuse his ideas into the music shone through as expected. The performance had a few harsh moments in the beginning, and the timbre and tone of the music could have been a bit more subtle, but it has to be said that, by the end of the piece, the entire hall was reverberating. As a conductor capable of boldly expressing his ideas through the music, which is a rare quality among musicians in Japan, I look forward to YONEDA’s future work.


The second piece of the evening was conducted by Samy RACHID. Born in 1993, RACHID has had a successful career as a cellist, winning international competitions such as the ARD International Music Competition Munich as part of the Arod Quartet. He turned his focus to conducting last year and studied it under Mathieu Herzog. He has already been selected to be part of the Verbier Festival as Conducting Fellow. 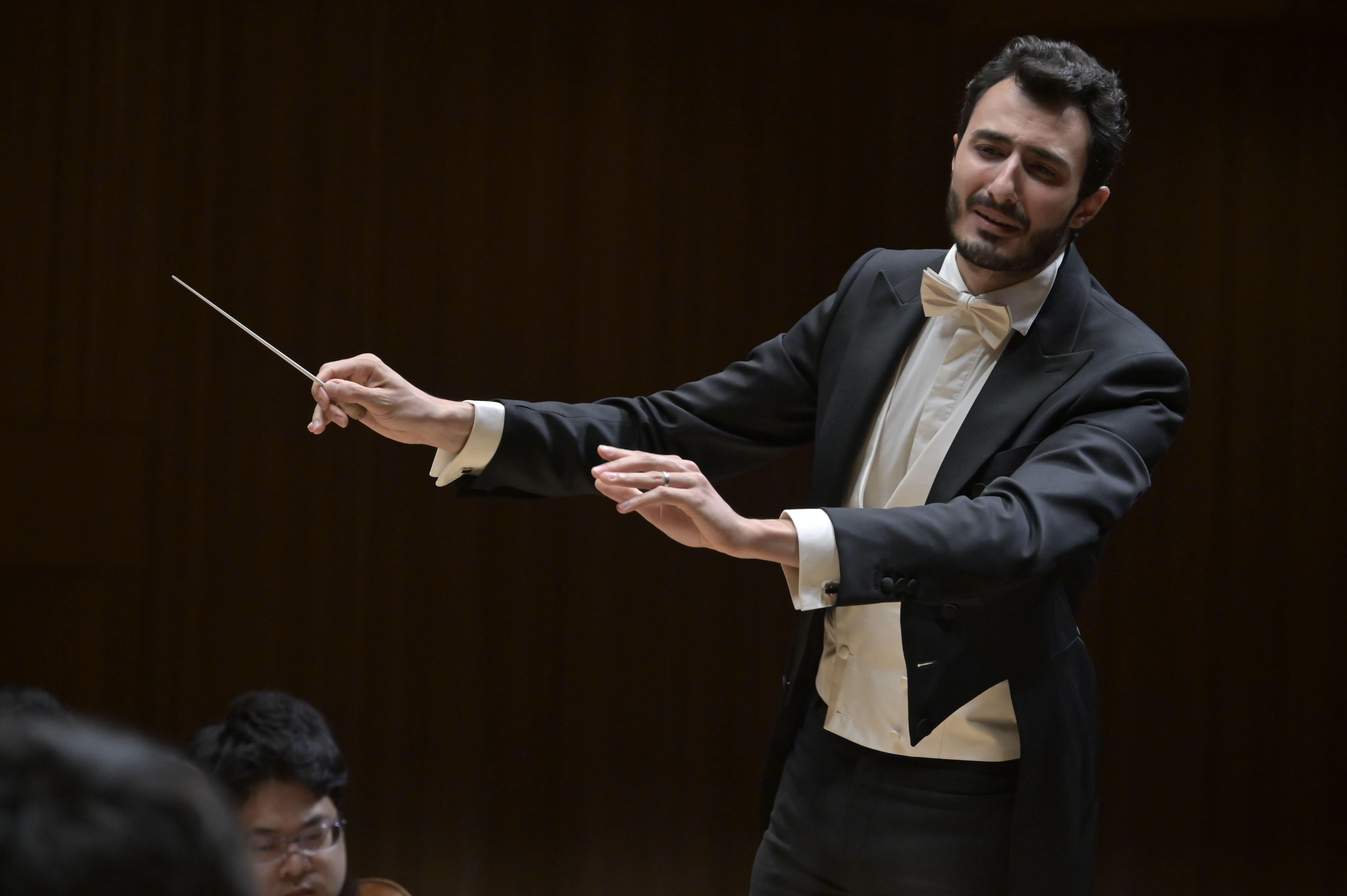 RACHID conducted Vorspiel und Isoldes Liebestod from Richard Wagner’s opera Tristan und Isolde. The skillful back-and-forth among the instruments and the flawless execution of the diverse melody lines were brilliant. The delicate breathing patterns and the masterful mixing of loud and quiet sounds for depth perception resulted in a performance that felt quite intimate. The soft moans of the lower stringed instruments and the smooth rendition of the melody lines made even the Liebestod sound wonderfully effortless rather than dull, with pureness of emotion coming through despite the density of the music. Even toward the end of the piece, the sounds produced were warm and limpid. Rachid’s conducting is extremely sophisticated, and he has a keen perception not just of the structure of the music but also of how best to use each instrument – a quality that was quite obvious in his performances as part of the competition too. This was the most satisfying of the three performances of the evening.


After the break, José SOARES took the stage. Born in 1998, SOARES studied composition at the University of São Paulo. As for conducting, in addition to studying it under Cláudio Cruz, he also apprenticed with Paavo Järvi at the Pärnu Music Festival, and learned from Marin Alsop, Alexander Liebreich, and others. He is currently an associate conductor with the Minas Gerais Philharmonic Orchestra. 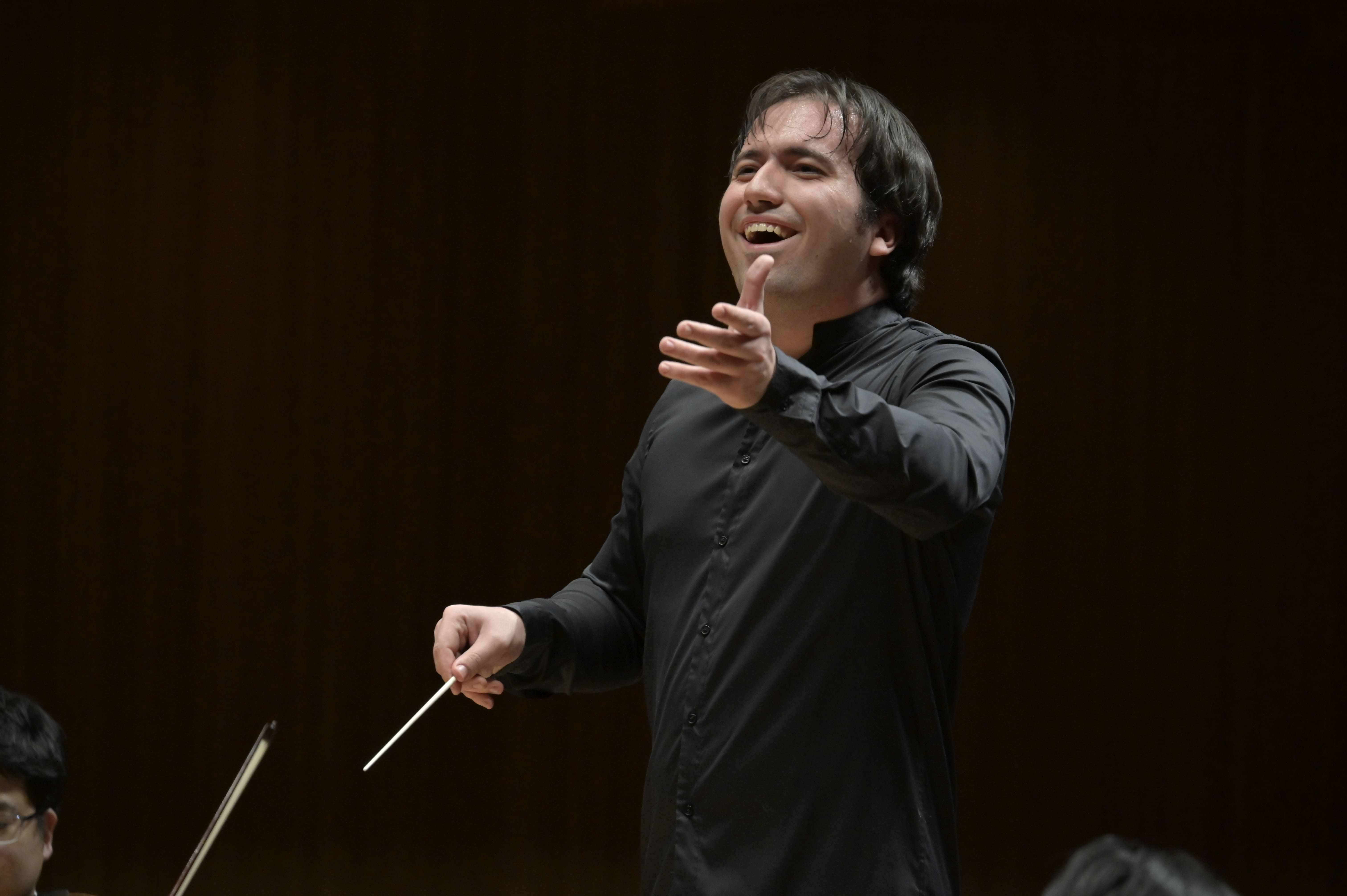 SOARES played Robert Schumann’s Symphony No. 1, the Spring Symphony. On this day, again, his music was filled with vitality, bright sounds, and crisp rhythm. Vivacious rhythmicality is the life of SOARES’ conducting. He is also bold in expressing the character of the theme and adept at bringing out the beauty of the composition. Under his skilled guidance, the dense motif of Schumann’s composition was rendered beautifully, and the sounds of the orchestra rang out clearly through the hall. A bit more work could be done, however, in also bringing out the inherent shadows and depth of the music.


Finally, it is thanks to the excellent and devoted ensemble of the NHK Symphony Orchestra, Tokyo, that we were able to fully appreciate the conducting skills of the three artists. The ensemble delivered wonderful performances that faithfully reflected the individuality of each conductor. 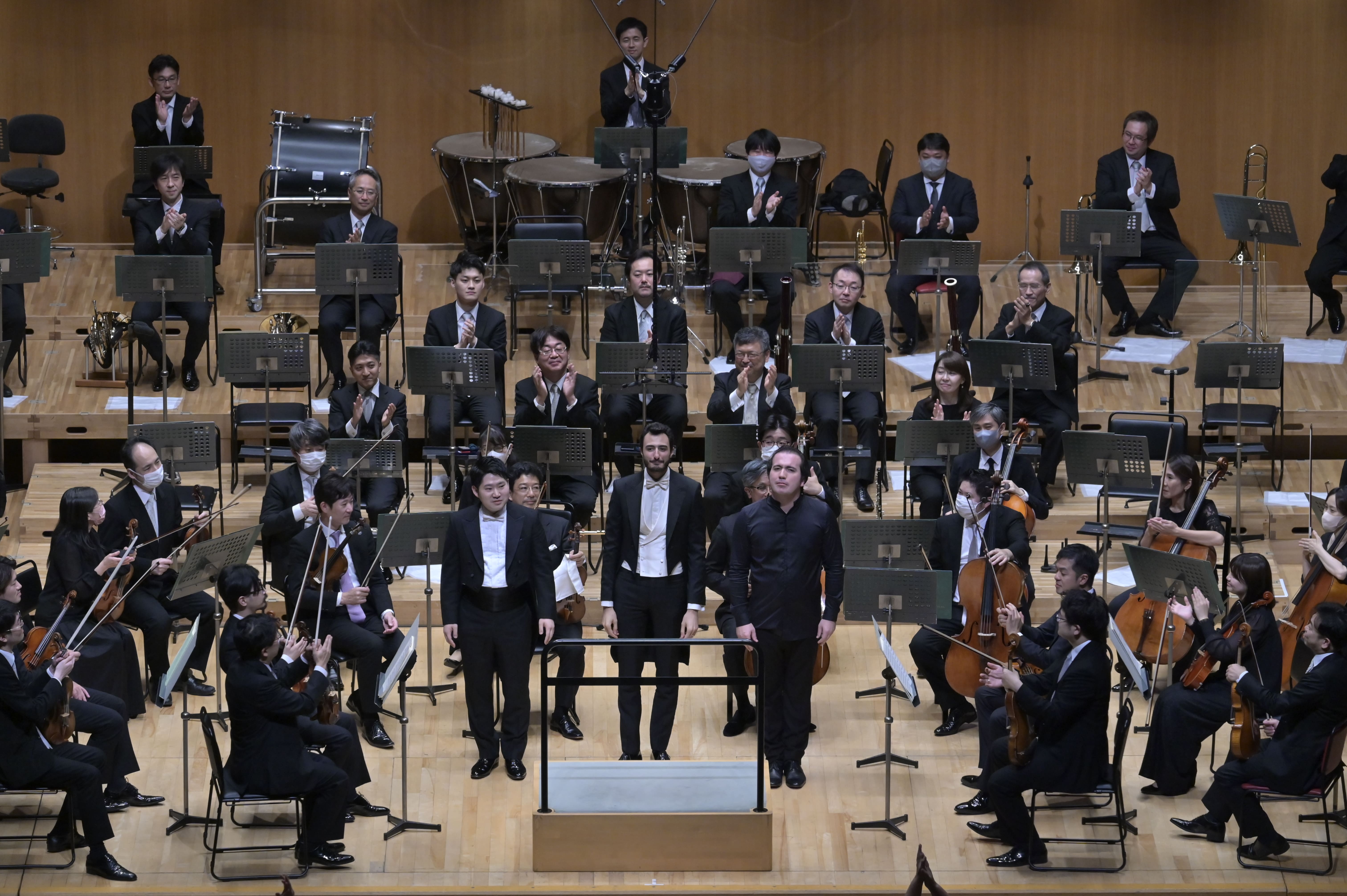